Humbly Grove Energy owns and operates the Humbly Grove Oil Field, licence block PL116 near Alton, Hampshire. Natural gas and Oil has been produced from its facilities since the discovery in the early 80s. The main focus of the business is now Gas Storage.

The company was acquired by EP UK Investments in 2020 and currently employs 36 people. Since 1980 the field has produced in excess of 6 million barrels of oil and is forecasted to produce an additional 1 million barrels following the introduction of Gas storage. 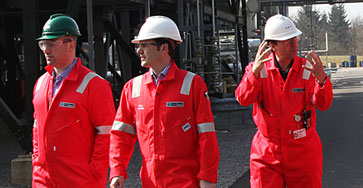 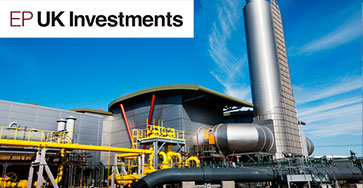 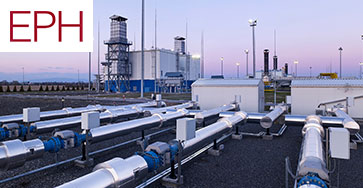 Underground Gas Storage facilities have been worldwide for over 90 years and there are more than 600 facilities of various types in operation. At Humbly Grove, gas storage is based on the principle of injecting gas from the National Transmission System into an underground reservoir – in our case the space in porous rock formations left after the original oil and gas have been produced – and storing it for later use. Generally the reservoir is filled during the summer months when gas demand is low and produced back into the grid in winter when demand and prices are higher. 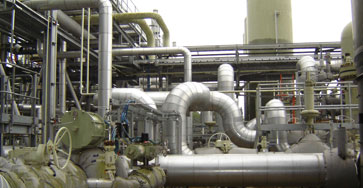 The Humbly Grove Field was discovered in the early1980s and was brought on stream in May 1986. Humbly Grove consists of two reservoirs, the Great Oolite being approximately 3500feet below sea level and the Rhaetic reservoir almost 1000 feet deeper. 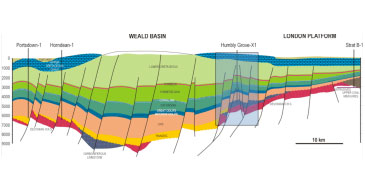 The Humbly Grove Oil Field was originally a gas cap driven oil production reservoir, where oil production continues. With the depletion of the gas cap, the field was redeveloped as a gas storage facility. Gas could then be taken from the National Transmission system and placed into storage in the reservoir. This allowed the field to be used to meet daily and seasonal requirements of the UK gas market. The 2005 modifications enabled gas to be stored in both the Oolite and Rhaetic reservoirs. The Humbly Grove gas store currently has a working volume of c. 10 billion cubic feet, with a maximum withdrawal and injection rate of 260 mmscf/d and 300 mmscf/d respectively, providing approximately 22% of the UK gas storage capability, and up to 3% of the national transmission system daily demand. Since 2005 Humbly Grove Energy has injected, withdrawn and treated in excess of 400 billion cubic feet of gas .
National grid quality gas, once injected into the reservoir becomes hydrocarbon and water saturated and during export is treated through a dehydration system and gas treatment facility to return the gas exported, to the national transmission system, to the correct specification. 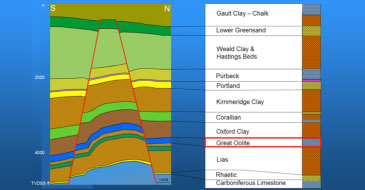 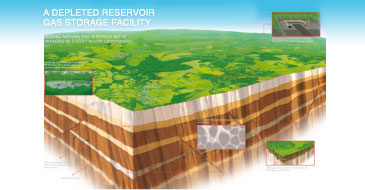 Hydrocarbons, such as natural gas and crude oil, are formed from the decay of plants and minerals which have been buried for millions of years. They are found in porous rock formations in which the gas or oil is stored in the spaces between the rock particles, like the pores in a sponge. Because the rocks may be at great depths, the gas or oil will be under pressure and will flow to the surface when the pressure is released, for example by drilling a well.Natural gas is generally composed of methane and other gases, such as ethane or propane. The natural gas produced from Humbly Grove consists mainly of methane and requires processing, including separation of water and liquid hydrocarbons, before piping to the natural gas grid.

Gas has been used as a domestic fuel for many years and is now also widely used for power generation, with many new highly efficient gas-fired power stations being built to replace older coal burning stations. These new units are known as “combined-cycle” stations, because, in addition to burning gas to drive electricity-generating turbines, they also make use of the hot exhaust gases to generate steam which can be used to generate additional electricity.

Gas is now widely distributed by a pipeline network throughout Western Europe and the gas used by consumers in the United Kingdom may come from a variety of sources, including Norway, Europe and the North Sea. Technology also allows gas to be transported by ship, as it may be liquefied by cooling to very low temperatures – this is known as Liquefied Natural Gas (LNG).